St Declan’s Way is food for the soul

St Declan is reputed to have walked from Ardmore to Cashel to meet with St Patrick in the Fifth Century. This was a 115km route and I was privileged to walk it recently, albeit in reverse order. The walk was promoted by Knockmealdown Active, which has done tremendous work, along with other voluntary committees, to reinstate the routeway for walkers and hikers. St Declan’s Way – Rian Bó Phádraig – was approved by Sport Ireland this year and is a fantastic “camino” to have in our own country. 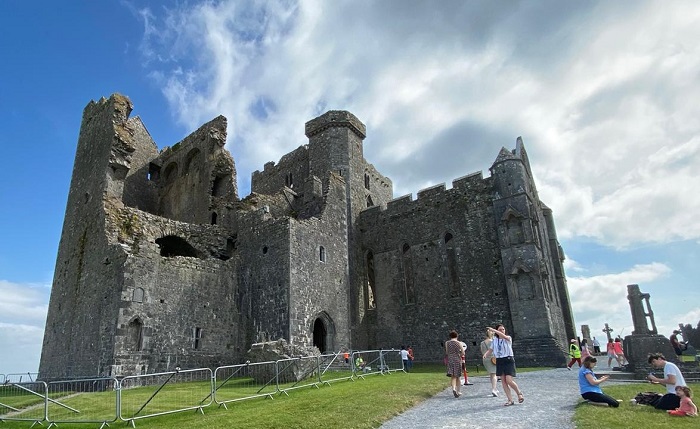 Originally the seat of the kings of Munster, the Rock of Cashel was the starting point of St Declan’s Way

Day 1 of the route took us from the Rock of Cashel through the town and south to Cahir, traversing country roads. We stopped for a bite and a breather at Lough Kent, home to an ancient monastic site. This area is known as the Golden Vale and it was just that on the day. Fields of gold were plentiful, basking in glorious sunshine, causing us to reminisce on days spent leaping from haybales as carefree children. The heat at times was intense but the committee were watchful and had water stops at regular intervals. When we arrived in Cahir, gaggling geese – regulars in the Castle grounds – greeted us!

Day 2 of the walk brought us from Cahir to Goatenbridge with the sun splitting the stones or, to be more precise, the tarmac on the roads! This was a walk with many variables. It commenced along the riverbank of the Suir and we observed the fisherman carrying on the tradition of many centuries, one celebrated by a salmon sculpture near the castle.

Leaving the riverbank, we continued in the direction of Ardfinnan along quiet, country roads. Ardfinnan is a village which has a thriving community, reflected in the care and attention given to maintaining it in pristine condition. We stopped for lunch in the park with the castle in the background – well needed! 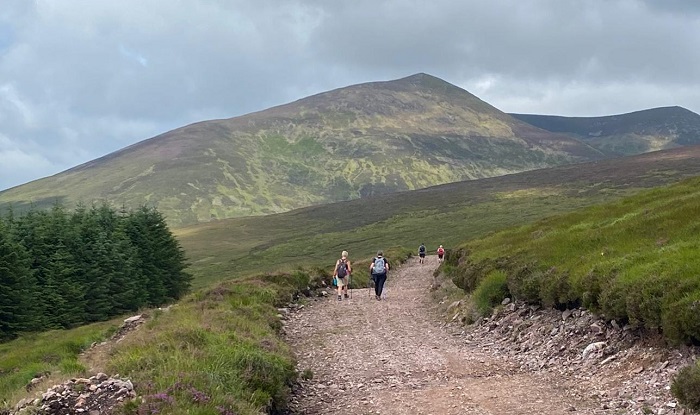 It is difficult to find words to justify the beauty of the journey from Ardfinnan to Goatenbridge, a route which took us up a narrow laneway past the ruins of the Twelfth Century Lady’s Abbey. The huge expanse of the Knockmealdowns caused me to think of poet Gerard Manley Hopkins’ words: “The world is charged with the grandeur of God”. Hues of green, gold and brown were woven into the landscape seamlessly. The walk finished through a woodland path and a paddle in the river Tar refreshed our tired feet as we shared the wonders of the walk with our comrades.

Day 3 demanded stamina for the 27km walk which took us over the Knockmealdowns towards Mount Melleray. The views again were magnificent, hills, valleys, winding roads, and hillside paths resplendent with the colours of the native flora. 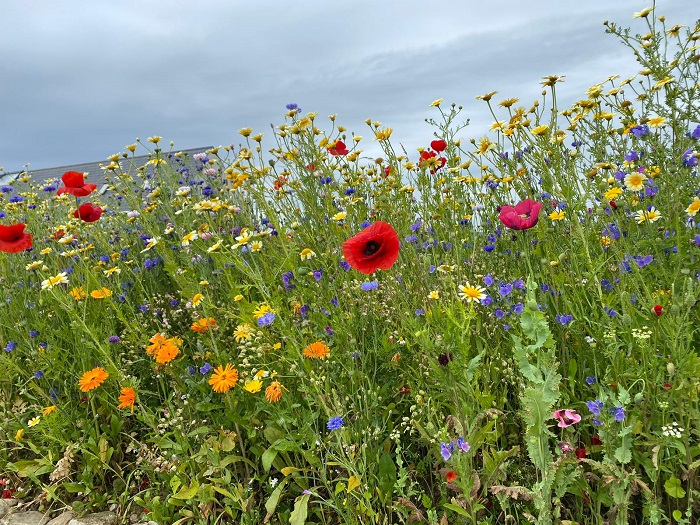 The sound of the bell ringing from Mount Melleray Abbey was music to our ears as we moved down the slopes, passing the lily ponds and into the grounds of the abbey, eager for a rest and a coffee. Replenished and refreshed we made our made towards Lismore with its magnificent castle and splendid St Cathage’s Cathedral, tired and weary but content of mind. 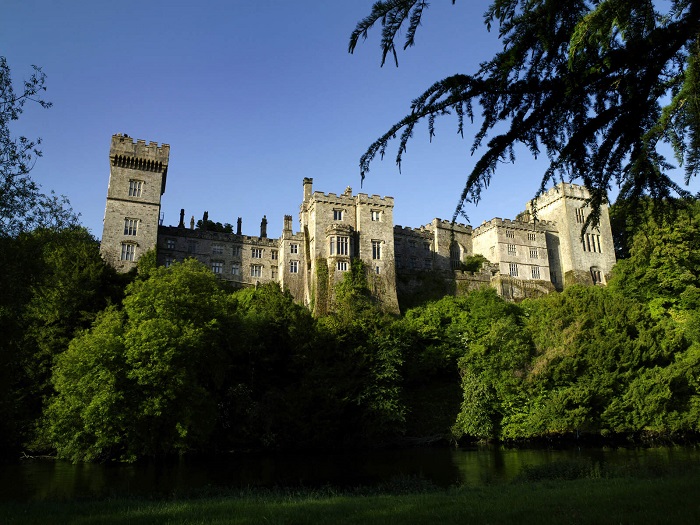 Day 4 saw us head from Lismore to Aglish, exiting Lismore via a riverside path adjacent to the Blackwater. In Cappoquin, a special treat awaited us in the form of a coffee van where we indulged in flat whites and cappuccinos! Bliss! Onwards towards Villierstown and the impressive Dromana Gate, a most unusual Hindu Gothic feature in a rural area. A brief stop at Ballinameela hall for lunch and we continued onwards for the short 5k to Aglish.

The final stage of the journey brought us from Aglish to Ardmore via Ballycurrane and Grange, both townlands which are home to  active school communities. The first part of the journey was particularly picturesque. It took us along a narrow laneway with stone walls, thatched cottages, and beautiful wild flowers. It really was food for the soul. The vibrant Parents Association of Ballycurrane provided refreshments and sweet treats and the school’s children greeted us on our arrival.

The sugar levels were high as we departed Ballycurrane to the first drops of rain we had experienced on our five days journey. We continued on towards Ardmore via Grange. Panormanic views of Ardmore beach greeted us as we approached  St Declan’s monastery. 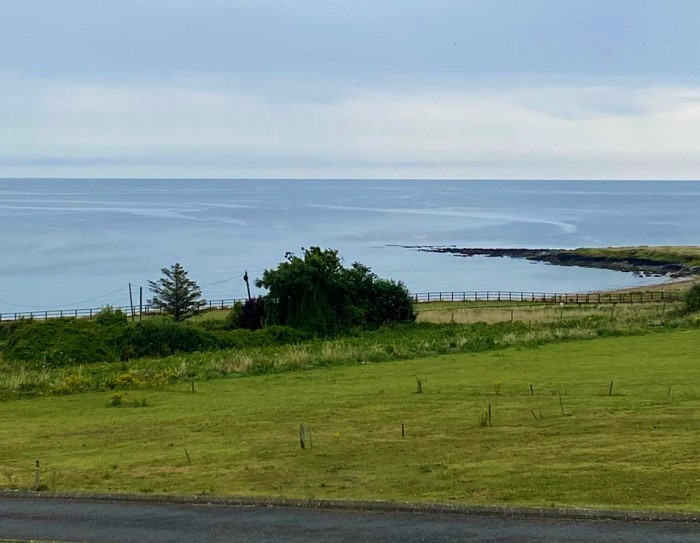 Ardmore Beach signalled the emotional end of the pilgrim route.

For a few moments, we were all lost in our own reverie. Silently, we gave thanks for the wonderful five days we had shared. We walked, talked, laughed, cried, shared our worries, and celebrated our joys. Together, we took a journey that, in many ways, is a mirror of our life’s journey. We went through a gamut of emotions, culminating in the high of having achieved something wonderful which was unique to each one of us. 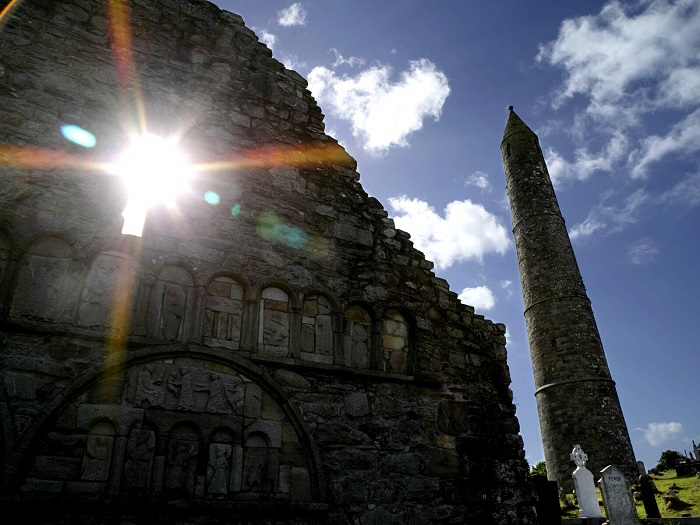 St Declan’s Church and the Round Tower, Ardmore, Co Waterford 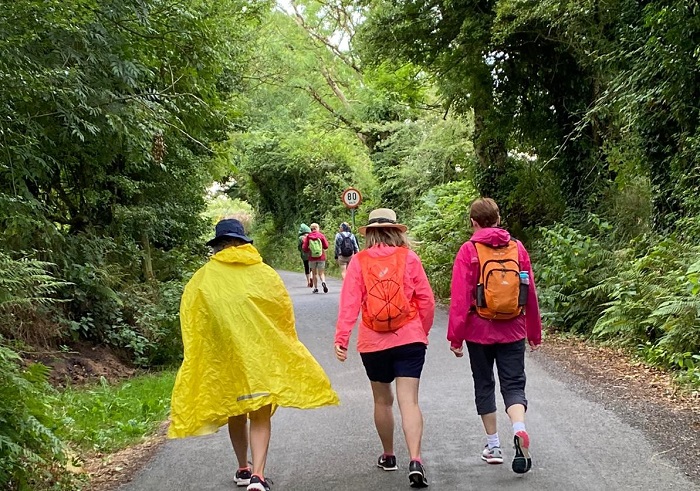 Discover some of Ireland’s greenways

Walk in the footsteps of WB Yeats in Sligo

What is Mindful Walking? 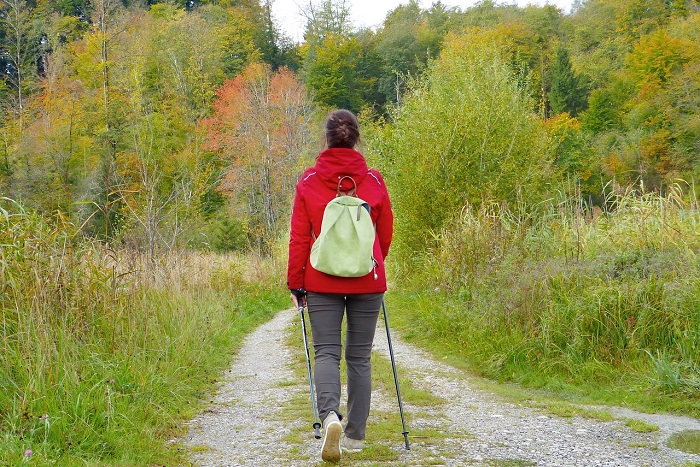