Dunmore East Coastal Walk is a pretty special addition to Waterford’s seaside town. Now, as well as walking round this scenic little town, you get to explore the dramatic headlands as well.

So, Dunmore East Coastal Walk is a linear trail, taking you 3km to Portally Cove and 3km back. There are plenty of places to stop a while, benches to pause a while, amazing scenery and, mostly, decent terrain underfoot. At times, it’s almost springy underfoot, which helps you bob along as you take in the cliffs and the sea! 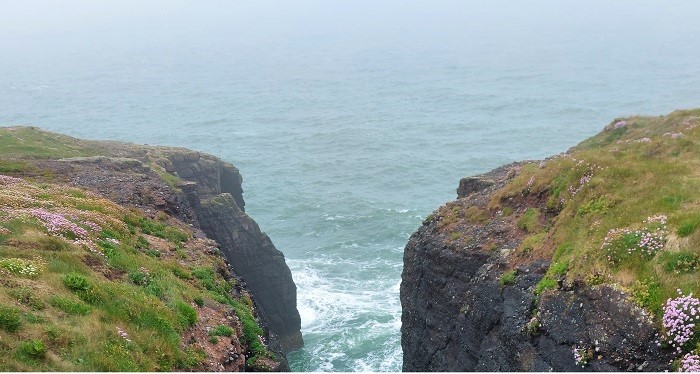 The dramatic cliffs are due to conglomerate red sandstone seemingly, and was carved out of this area in the 1820s to build the harbour. The trail head starts in the village at the Flat Rocks (see below). It’s all signposted, so easy to find. Further along, at Red Head, you can see the erosion leading to the sheer cliff face here. The path takes you above many inlets, created by crashing waves over the centuries.

Along the way, the yellow gorse and purple heather create opportunities for pretty photographs. The knowledgeable among you may be able to identify Sea Campion white flowers, mauve Sea Thrift flowers, and blue aster at different times of the year. If you can master shutter speeds, you may get shots of the fulmar, Kittiwake, or cormorants in full flight! 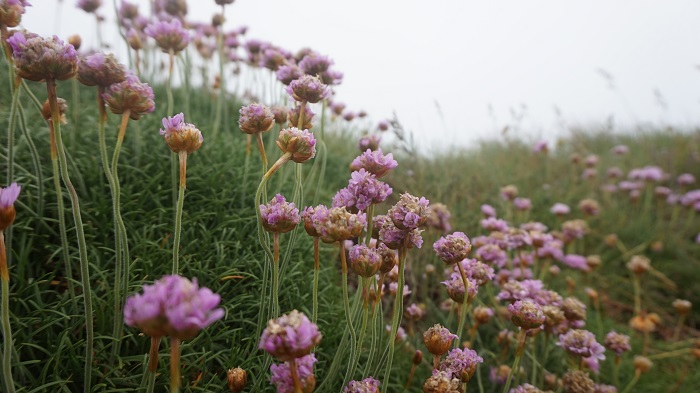 This part of the trail ends at the picturesque but stony Portally Cove, where swimmers were braving the cold water. The descent to Portally Cove is steep and unstepped, so footwear with a grip would be a good idea for the wet day. That also means that the ascent on the way back is a pretty steep uphill climb! 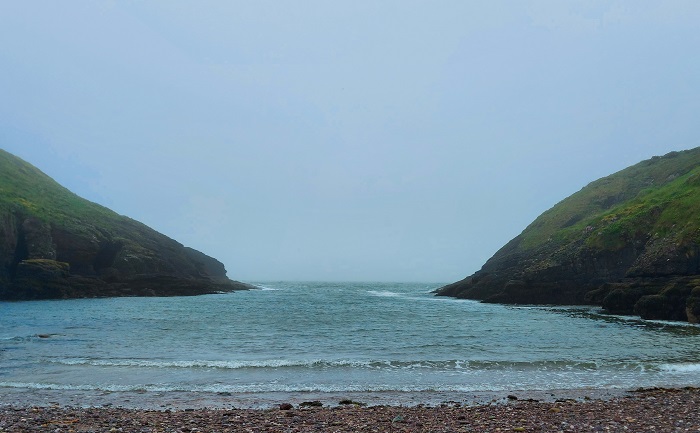 Portally Cove, on the Dunmore East Coastal Walk – an ideal spot to pause a while, swim a mile, or picnic with a smile!

You can continue walking along the far side of Portally Cove for a few more kilometres to Rathmoylan Cove and Ballymacaw Cove. Distances are signposted for you, but don’t forget you have to walk the same distance back! We went a good way towards Ballymacaw Cove, but the inclement weather drove us back. However, the stunning scenery, even on a cloudy day, only whetted the appetite to return. Those cliffs and view must be magnificent on a clear day. 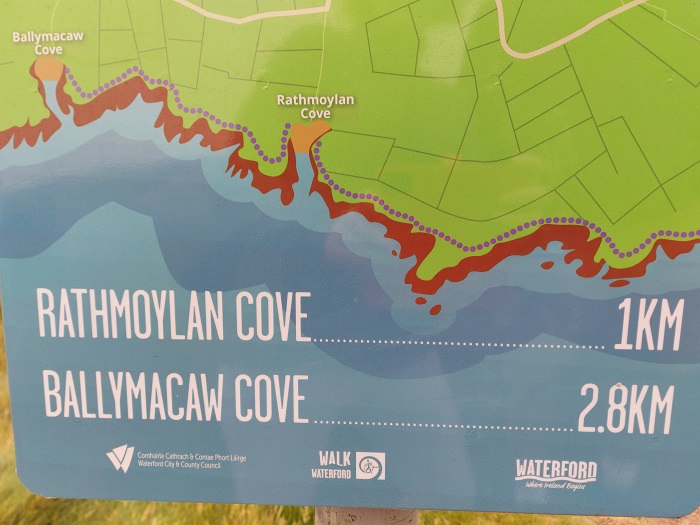 The trail head is located on the left-hand side of the Main Road (R684/DockRoad) through the village, past the Azzuro restaurant on your right. It’s located in the park on the left-hand-side beside the tennis courts. You’ll find parking along the road here, or elsewhere in the town. 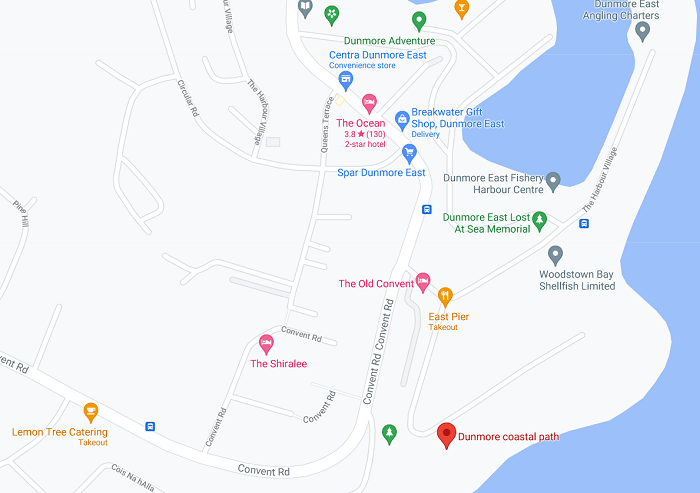 There are plenty of places to eat or pick up snacks in Dunmore East. If you fancy seafood or Italian, fish and chips, or coffee and a scone, you have plenty of choice. While you’re there, look across the water for Hook Head Lighthouse in Co Wexford, one of the oldest operating lighthouses in the world. 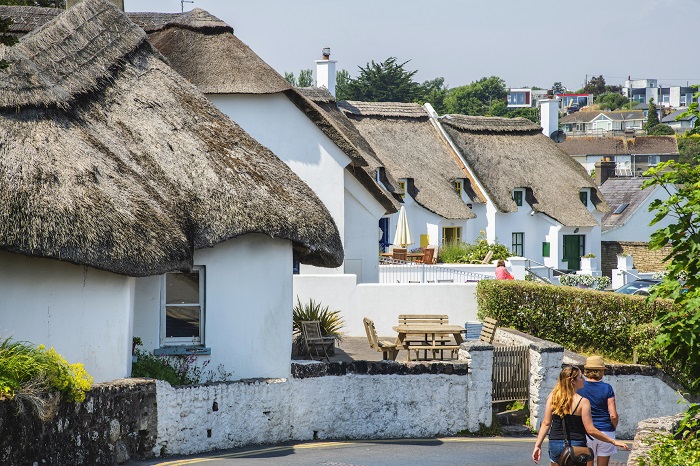 Thatched houses in Dunmore East add to the atmosphere of this seaside village.

Things to see in Dunmore East

It’s very easy to spend a day in Dunmore East. After recovering from your walk in a local hostelry, you can check out the Lost at Sea Memorial in the harbour. Further afield is the Waterford Greenway, the 46km old railway line from Waterford City to Dungarvan. See 11 bridges, three impressive viaducts, and a long atmospheric tunnel en route. 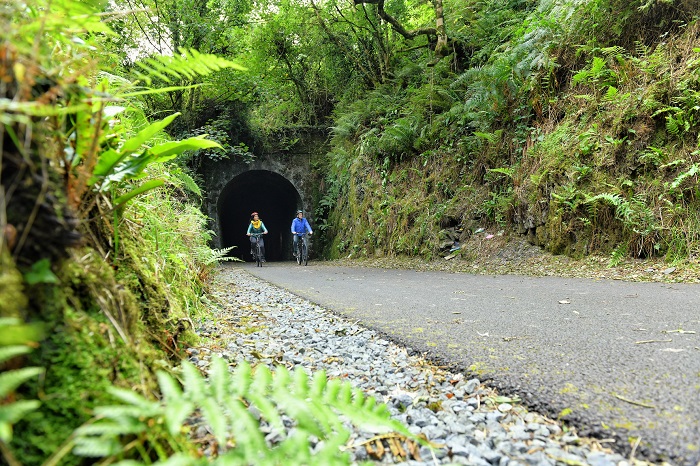 Waterford Greenway has been a huge draw for walkers and cyclists alike. 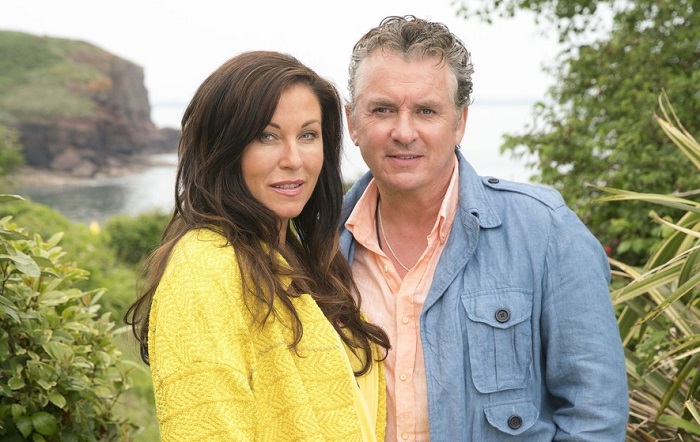