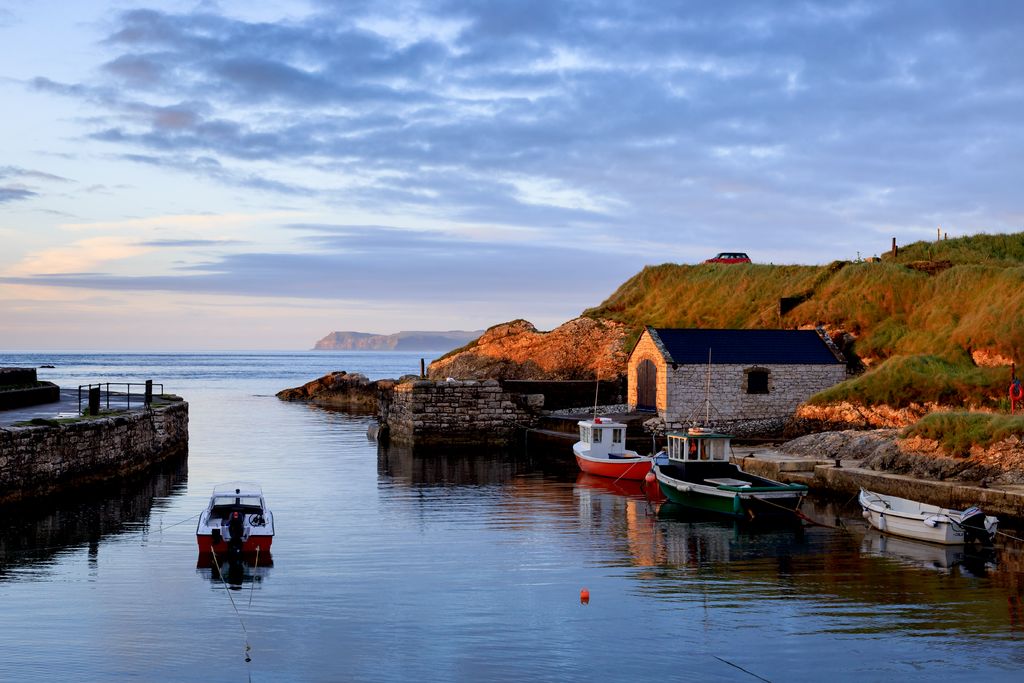 Ireland has played a stellar supporting role in some of the world’s top movies and TV shows of recent years. The island is awash with film locations, easily recognisable from their on-screen appearances. But two shows in particular have made Ireland an A-list location: Star Wars and Games of Thrones. And many of the locations are a walker’s dream!

The mystical monastic settlement on Skellig Michael in Co. Kerry was the stunning setting in Star Wars. It featured the reappearance of Luke Skywalker in Star Wars: The Force Awakens. And it played a bigger role in the follow up, The Last Jedi.

Malin Head, on the dramatic Inishowen Peninsula in Donegal, also provided an atmospheric backdrop for the Jedi action. Other locations included did Loop Head in Co. Clare and Brow Head in Co. Cork along the spectacular Wild Atlantic Way.

The epicentre of the gargantuan Game of Thrones drama, which reaches its climax in Season 8 this year, is Northern Ireland.

The iron throne sits in the Titanic Studios in Belfast, the main studio and post-production facility for all eight series of HBO’s fantasy series. However, you can get a tour to the series’ key external shoot locations. There you can walk through The Dark Hedges (Kings Road), Ballintoy Harbour (Pyke Harbour), Downhill Beach (Dragonstone), Glens of Antrim (Riverlands) and Castle Ward (Winterfell).

But Ireland’s cinematic credits don’t end there. The beautiful Wicklow Mountains with their heather-strewn slopes, waterfalls and woodlands provided the stunning setting for the hit TV series The Vikings. The splendid eighteenth-century Powerscourt Demesne also featured in the show.

Dublin city has lent its unique character to more than a few movies and TV shows including Once, Sing Street, Educating Rita and Penny Dreadful in which Temple Bar’s cobbled lanes, Dublin Castle and Merrion Square recreated the streets of Victorian London.

Meanwhile Belfast was the home of the psychological thriller The Fall, starring Jamie Dornan, and Northern Ireland’s walled city Derry~Londonderry is currently in the international spotlight with the success of the belly-busting comedy Derry Girls.

A tour of the sitcom’s setting takes in such glories as Dennis’s Wee Shop and Pump Street, and is topped off by a pint of newly crafted IPA ‘Wee English Fella’.

Feature image: Ballintoy Harbour, Co Antrim, which was used as a locaiton in Game of Thrones. Photos: Tourism Ireland

2 thoughts on “Walk in the footsteps of the movies!”