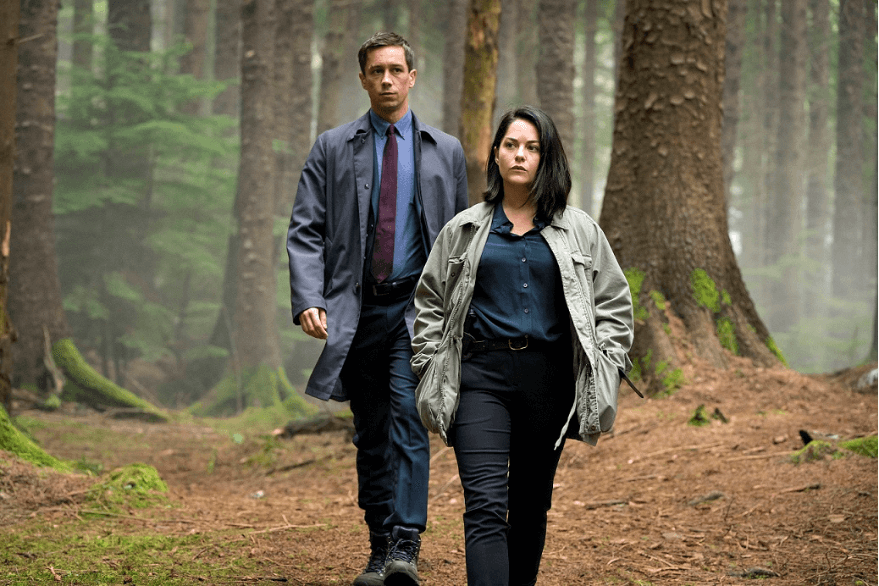 Did you know that the forest scenes in the BBC series, Dublin Murders, was filmed in Northern Ireland? Tollymore Forest Park in Co. Down, 600 hectares of ancient redwoods and Gothic stone arches, doubles as the crime scene. The series was inspired by author Tana French’s internationally bestselling Dublin Murder Squad novels.

If you fancy walking in the series footsteps in Dublin, that’s easy enough too. Dublin Bay makes a star turn in the series, with the seaside suburb of Blackrock where Detective Cassie Maddox’s apartment on the sea front is located. And you’ll have spotted the iconic red and white striped Poolbeg Chimneys, which define Dublin’s coastline.

Although the series was set in Dublin, much of the filming took place in Northern Ireland. Belfast’s Crumlin Road Gaol, which features in the series, is one of Northern Ireland’s oldest prisons and is said to harbour the ghosts of prisoners executed within its walls. The Gaol is now one of Belfast’s most popular visitor attractions.

The eight-part series centred on the story of a murder investigation led by two ambitious detectives, Rob Reilly (Killian Scott)and Cassie Maddox (Sarah Greene). In it, the detectives realise that two seemingly unrelated murders are, in fact, very connected. It was classic Tana French: a dark plot, charismatic characters and gripping storylines.

If you haven’t disovered Tana French, you must read her work straight away! The crime novels are set in Dublin – and the writing is so accomplished that their location is irrelevant. The characters are imperfect in a believable way. And the plots are complex and driven by fault lines we can all identify with. I’m not a huge fan of novels set in Ireland – don’t ask. But, every Tana French novel is a must-read, including her latest, The Witch Elm.