Clashganny Forest Looped Walks are an absolute treat! You’ve got the water of the River Barrow running alongside, locks on the canal, and woodland dating from the 1800s. And a Mass Rock hidden amongst the tall trees as well.

We joined the walk at Clashganny Lock, heading south along the Barrow Way. Interestingly, the Barrow Way follows the towpath, originally a patch alongside the River Barrow where horses pulled barges and goods for transport. The full length of the Barrow Way from Robertstown, Co Kildare, to St. Mullins, Co Carlow is 113km – but this section, the Clashganny Lock Loop, is only 3.5km!

Two locks and one double lock! 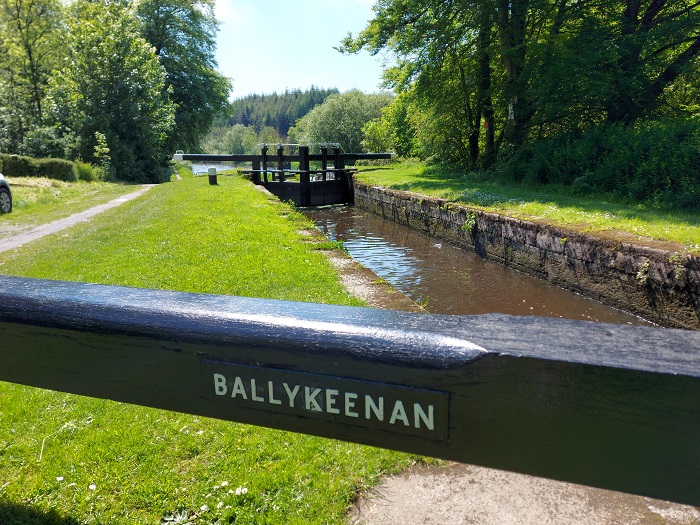 The only double lock out of the 23 locks on the River Barrow.

Clashganny Lock is a real family area, with people kayaking, kids dipping their toes in the water, and campers enjoying the outdoors.

Next lock down is Ballykeenan Lock, seemingly the narrowest and deepest on the Barrow Navigation system. And, interestingly, the only one with a double lock out of the 23 locks on the River Barrow. The lock gates allow boats and canoes to navigate the waters of Ireland’s second-longest river.

Shortly afterwards, we took a left up through the forest and left again on a forest track along Clashganny Viewing Point Looped Walk. The Viewing Point is a just reward – there are panoramic views of Clashganny Lock and the River Barrow. The surrounding countryside that unfolds in front of you is breathtaking. 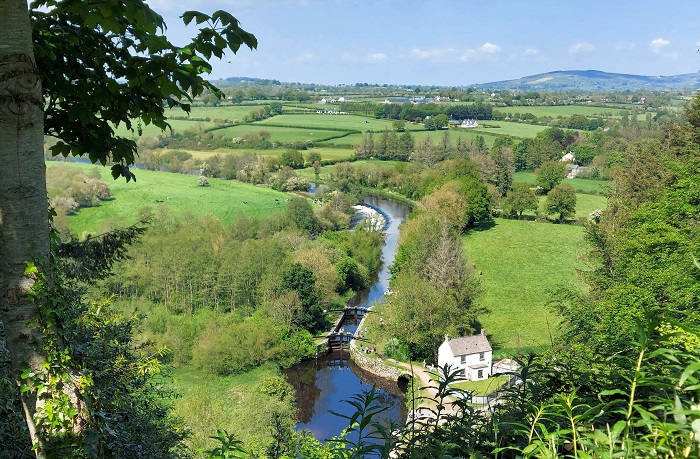 The stunning panorama across Co Carlow from Clashganny Viewing Point.

From here, we headed down the road and, spotting a stile in a break in the wall, we went back through the woodland. We followed the trail downhill, until it opened out to a view of the Mass Rock. According to folklore, people gathered at this rock to say Mass in the past. They did this during the Penal times in Ireland (1695-1829) when the practice of Catholicism was banned. So, people gathered in secret to hear Mass. 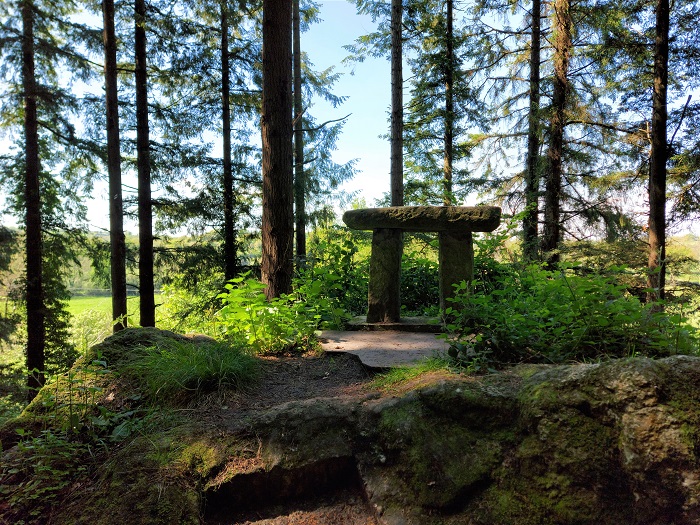 The Mass Rock – if ever there was a place to pause and breathe in the swish of the trees and the harmony of the birdsong, this is it.

The Mass rock is impressive, located on high ground and well-hidden by tall trees. It’s amazing to stand in the stillness of the woodland and imagine the hushed voices of locals saying prayers there. A mindful moment right there!

The looped walks are waymarked trails – for me, the Mass Rock was the big reveal, hidden in the lush deciduous woodland. It’s a reminder of how this area – and the canals – were an integral part of people’s lives. The Mass Rock fed the spiritual needs of the people, the canals provided for their economic needs, in terms of transporting food and other goods.

You can find a detailed breakdown of the Clashganny Forest Looped Walks on Carlow Tourism’s website.

Anyone needing a cuppa after the walk should consider dropping into Clashganny House Restaurant. Or pop into nearby Borris, home of the 18th Century Borris House and the seriously impressive Borris Railway Viaduct. The Viaduct, with its 16 arches supported by soaring limestone pillars, is one of Ireland’s best example of pioneering 19th Century railway engineering.

Very easy to pass a day in this part of Ireland’s Ancient East! 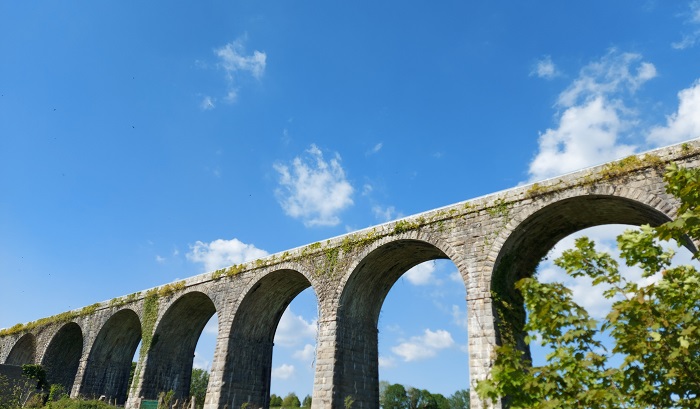 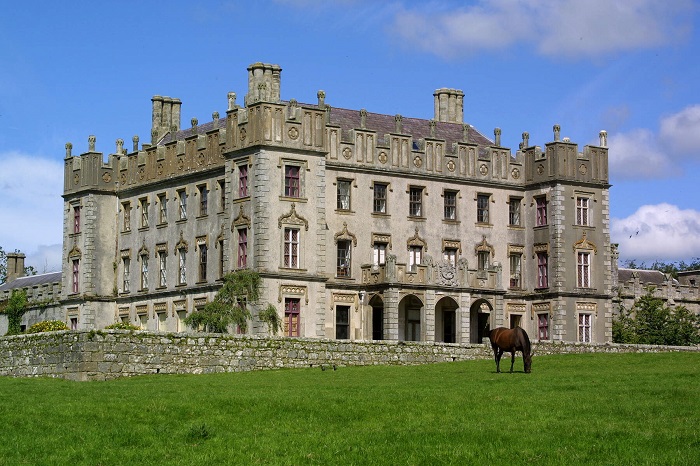