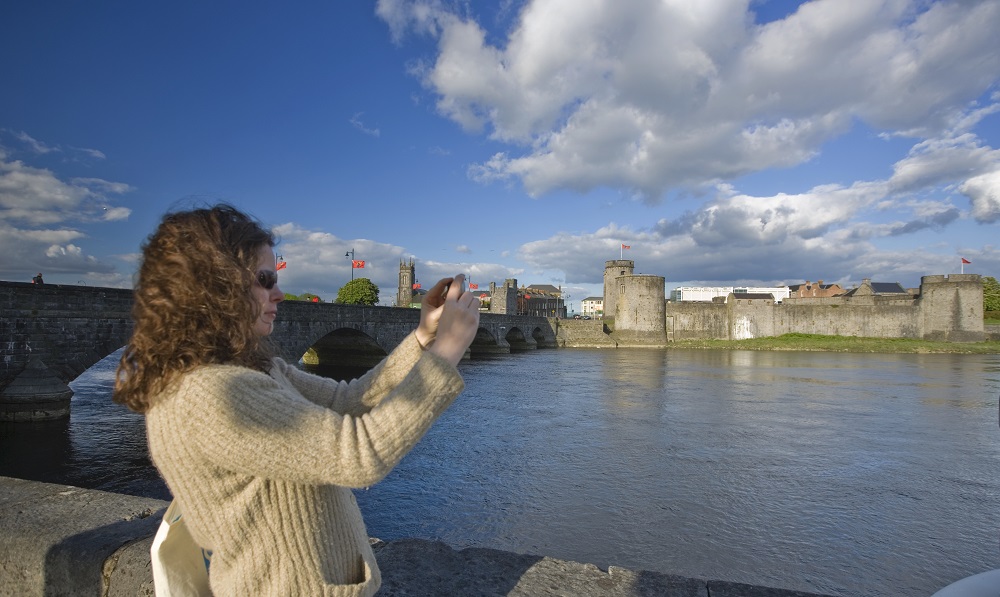 A stroll around Limerick’s Medieval Quarter will reveal some of the city’s most remarkable buildings and captivating history. Limerick is a fascinating city that guards the mouth of the River Shannon and overlooks Ireland’s spectacular Wild Atlantic Way. It is steeped in a history that stretches back over 1,000 years and is written into the city’s buildings and streets.

The majestic, twelfth-century Saint Mary’s Cathedral is one of the oldest buildings in Limerick. It was originally the Royal Palace for the Kings of Thomond. With a story that spans over 900 years, St Mary’s has witnessed invasions, sieges, battles, wars, famine, unrest and peace.

Explore the cathedral’s history with a self-guided tour or book a guided tour. Highlights of the cathedral’s treasures include the fifteenth-century misericords that are the only pre-Elizabethan carvings in existence.

Likewise, another unmissable landmark in Limerick’s Medieval Quarter is King John’s Castle. It was built in 1200 on the orders of King John. Stop in to see the stunning immersive exhibition, which brings to life over 800 years of local history. Beside the castle is the impressive, eighteenth-century Bishop’s Palace. And nearby are the Alms Houses dating from 1691, which housed widows of royal soldiers.

You’ll find wonderful medieval artefacts in the Hunt Museum. You can view one of the finest collections of Celtic and medieval treasures outside Dublin.

Your medieval tour would not be complete without seeing the Treaty Stone. The 1691 Treaty of Limerick was signed on it (seemingly.) The Stone is a rough-hewn limestone block raised on a pedestal standing across the river from King John’s Castle.

A drink to finish up

So, if you’re thirsty after all that, throw in a medicinal visit to the Treaty City Brewery. It’s located in the heart of the Medieval Quarter, so you’ll surely find it.

The city has a strong brewing pedigree; in the eighteenth century breweries were the most registered businesses in the city. A tour of the artisan brewery reveals the process of creating the craft beer. And, of course, you must sample a glass or two.

One thought on “A stroll through Limerick’s Medieval Quarter”